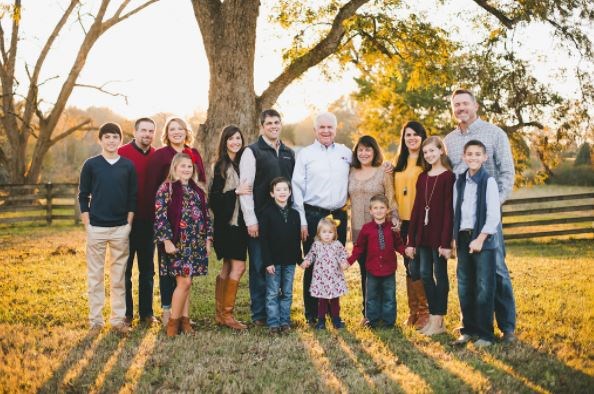 Shaw Blackmon was raised in Houston County along with his brother Brad and sister Kayce.

Upon graduating from Warner Robins High School, he attended the University of Georgia where he completed his degree in Management Information Systems.  Upon moving back to Houston County, Shaw began working sales for National Bank Products, a company that his father founded.  After 10 years in sales, Shaw moved into management and operations before becoming President and CEO, taking over from his father.

Shaw has a longstanding role in the community beyond his business initiatives. He has served on the board of the Houston County Development Authority, has been a member of both the Perry Area and Robins Regional Chambers, chairing the Robins Chamber Board of Directors in 2012. In these roles, he has worked to promote new industry, facilitate expansion, and provide mediums from which businesses can broaden their customer base.

Blackmon has done foundation work at Central Georgia Technical College and for the       Houston County Heritage Foundation, benefiting K-12 public education. As a member of the Technical College System of Georgia State Board, he has worked to provide Georgia with a seamless approach to education by improving transferability between the technical college and the University system, as well as enhancing dual-enrollment opportunities with the Department of Education.

Through continued outreach, Shaw has been involved in the effort to bring investment back to Houston County. This includes funding for the Veteran’s Training Center, a joint project     between the Technical College System and University system, and the Health Science facility on the primary campus of Central Georgia Technical College.

Shaw was elected to the 146th District in 2015 and serves on Economic Development & Tourism, Governmental Affairs, Insurance, Special Rules, and Ways & Means Committees. He serves as Chair of the Sales Tax Committee on Ways & Means. Shaw also serves on the Majority Whip Team and is a member of the Military Affairs Working Group. Shaw lives in Warner Robins with his wife, Whitney and children- Ges, Cort and Beckett. They attend Central Baptist Church in Warner Robins.

He will continue to focus on the issues near to his heart and his background – strengthening our defense community, enhancing education, and pushing for simple, smart, and effective government that stays out of your way so that Houston County will continue to grow and thrive for future generations.